The 2014 Past Players Re-Union day was held last Saturday at the Fremantle Club.

The Fremantle club really turned on a great function and the atmosphere was very exciting with over 150 people attending and by the looks of it, every one was really happy to see each other. Some players from the 1976 Commemorative side hadn’t seen each other since that Grand Final!

Our 2014 Commemorative Team: the 1976 Fremantle 1st grade Premiership side.
The team, Captained by Rod Nelson (who won the Brice Trophy that year) was made up of mostly local juniors of which 11 came from the local Cockburn Juniors feeder club and only three players were from the eastern states, being Rod Nelson, Paul McKenna and Bill Bowker.
Fremantle had a talented backline with halfback Alex Lockley (who went on to win 4 Brice trophies/Ken Allen Medals in total), 5/8 Peter Cumins, Centres Merve Jennings and Allan Dixon with Steve Douglas and Gary Holtham on the wings and Martin Ridley at Fullback.
Fremantle also had a great pack of Forwards with Don (Rocky) Kugan, Steve Allan and Rick Sanders in the Front Row, Rod Nelson at Hooker and back rowers Dave Roberson ,Ray Dorey, Paul McKenna and Peter Slater.
The game was a closely contested one and 10 minutes after half time the score was only 8 – 7 Fremantle’s way, but Fremantle powered on to win 17-7 in the end. Ray Dorey was awarded Fremantle’s best player on the day.

We also gave recognition for the 50 year anniversary of Applecross winning its first ever A grade premiership in 1964. The side all got together and came to the function to celebrate this milestone.

This grand final win was the start of a golden era for Applecross who contested in 11 straight grand finals from 1962 to 1972, winning 7 of those.

Our Hall of Fame Recipients Mark Williams from North Beach and Peter Cumins from Fremantle.

Congratulations gentlemen. You are now written in the WARL History books as “Hall of Famers”

We would also like to thank and acknowledge all of the hard work done by the Fremantle re-union committee and especially the Ladies for feeding the hordes and making the day a huge success.

The Fremantle Ladies who made the day a huge success..

Here are some more pictures from the day 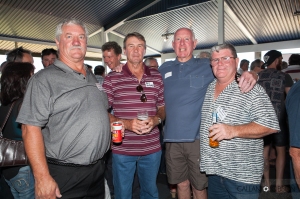 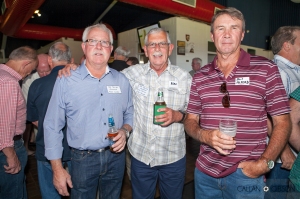 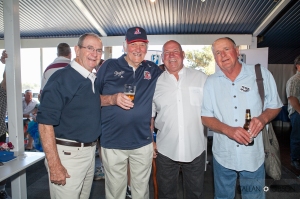 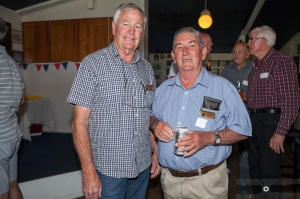 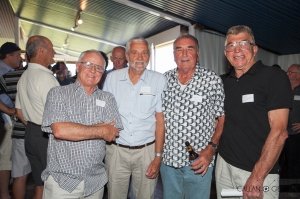 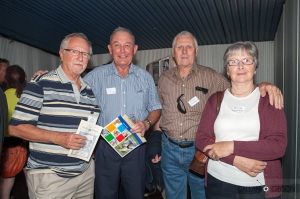 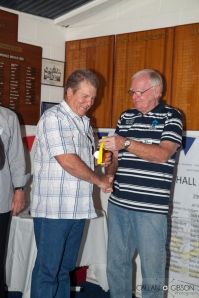 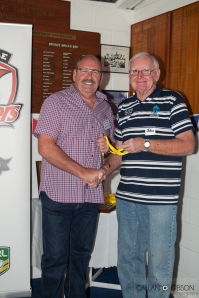 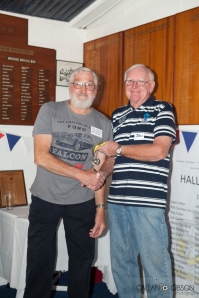 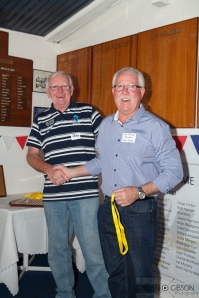 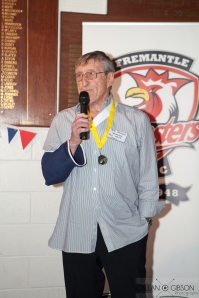 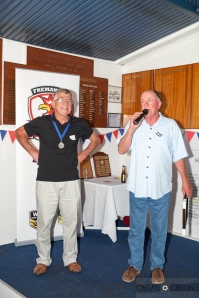 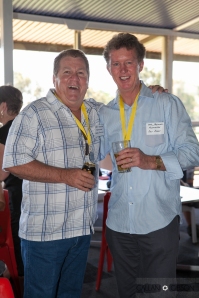 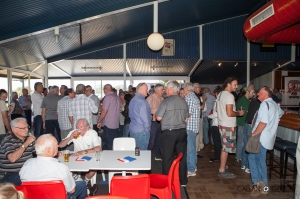 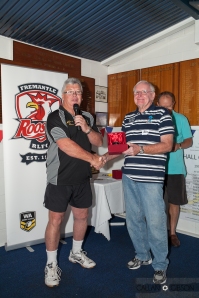 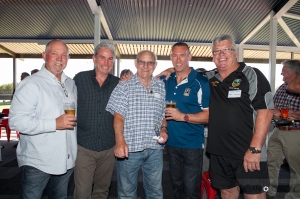 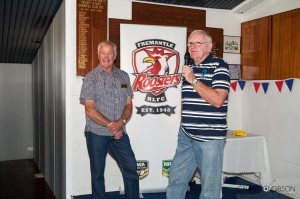